About American Ballroom Company
and the United States Dance Championships

American Ballroom Company, Inc. (ABC) was incorporated in March 1971 by Ms. Mary Molaghan & John Monte. At that time ABC was granted a license from the National Council of Dance Teachers Organization (NCDTO), now the National Dance Council of America (NDCA) to conduct the official United States Ballroom Championships® (USBC), now known as the United States Dance Championships® (USDC) in all styles and divisions for Amateurs and Professionals.

The Charter was later revised in 1975 and remains the same today. The USBC was first conducted at the Waldorf Astoria in 1971 and continued there until 1975, when they were held in Washington D.C.. From there it returned to the Waldorf Astoria from 1976 to 1981, then the Felt Forum at Madison Square Garden in 1982. It was then back at the Waldorf Astoria for 1983 and shared between the Felt Forum and the Waldorf Astoria in 1984. In 1985 it was moved to Miami Beach, FL and held at the Sheraton Bal Harbour. The Championships remained there until 1988. In 1989 it was held at the Fontainebleau Hilton and returned to the Sheraton Bal Harbour in 1990. From 1991 until the present, the USDC has been held at the Fontainebleau Hilton Hotel. ABC conducted the World Professional Championships (Standard) in conjunction with World Dance Promotions at the Felt Forum, Madison Square Garden, New York City in 1984 and recently conducted this event in 1998 in Miami.

Martin Chiang is the current Chairman of the Board & President of the American Ballroom Company since 2005. He is an honorary adviser for the World Dance Council (WDC) President and Presidium. He also was a member of Board of Trustees of United States Imperial Society of Teachers of Dancing (USISTD) for 5 years and currently an honorary National Committee member of USISTD. 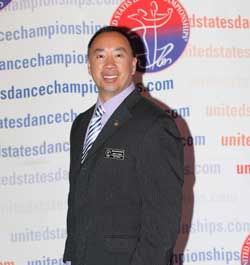 Mason Chiang, current CEO, has been the Treasurer and a member of the Board of Directors for American Ballroom Company (ABC) since 2005, and Vice President of American Ballroom Company since 2011. He has competed as a Pro/Am and was a United States Pro/Am Champion at the United States Ballroom Championships (then USBC and currently USDC) in Open American Smooth, Open American Rhythm, Open International Ballroom and Open International Latin. Mason has also danced and competed professionally and won the Open Professional Rhythm category at several events, most notably, the International Grand Ball.

Mason is a graduate of the University of Southern California and currently resides in California with his wife, Anna and their five children. 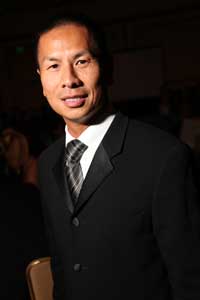 Wayne has been the Executive Vice President of the American Ballroom Company & Competition Director for the United States Dance Championships since 2005.

He is the President/Owner of Dance Vision, founded in 1992 – Dance Vision has produced over 500 Instructional Videos. He is also the creator of the DVIDA Syllabus used by over 400 Independent Dance Studio & Teachers around the world. He has been the organizer of the largest Instructional Dance Camp in the USA since 1996. He, along with his wife, Donna Eng, have been the co-organizers of the Emerald Ball Dancesport Championships since 1989 and is one of the largest dance competition in the world.

More about Wayne Eng at http://www.wikidancesport.com/wiki/26345/wayne-eng 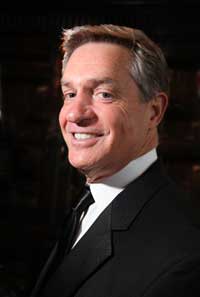 Jack has been on the World Dance Council (WDC) Board of Directors since 2008, as well as a delegate of the Fred Astaire Dance Studios organization to the National Dance Council of America since 2003. He served as a Board Member for Variety – the Children’s Charity, from 2003 to 2006. He also served on the Board for the Fred & Adele Awards, which annually honors outstanding dancers, choreographers and musicals in Broadway theatre. Jack has been the Executive Vice President and on the Board of Directors of the American Ballroom Company (USDC) since 2005. He has been married to Beth Rothweiler since 1982; they have four daughters and six grandchildren. 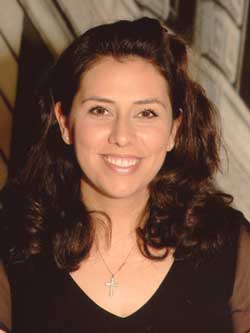 Anna has over 10 years of Customer Service management experience in several industries, such as Health Care, Apparel and E-Commerce to name a few, and has also built customer service centers from the ground up. When Anna isn’t working on American Ballroom Company issues, she is raising five children with her husband, Mason. She’s a Super Mom with 5 kids!

For thirty-one years, Bruno Collins has touched every aspect of the dance business with his vision and innovation. He has been a driving force in the adaptation of dance curriculums, teaching methods, and business plans that have allowed this industry to stay current amidst the demands of a rapidly changing market. The incredible artistry of his choreography has shaped the careers of numerous world-class amateurs and professionals. Bruno’s unique talents as a trainer, motivator, coach, and choreographer have made him one of the most sought after individuals in the dance business to date. Bruno has been Board of Directors and Vice President of American Ballroom Company since 2005.

at the Walt Disney World Dolphin